Your business app can only be as useful as the number of people who use it. It doesn’t matter how powerful your app if no one can find it or use it! These days, almost everyone has a smartphone, and they’re spending more time than ever on those devices. But what kind of apps are they using?

Here’s everything you need to know about how hybrid vs native apps work. Why you should choose one over the other!

Difference Between Hybrid vs Native Apps

What is a native app?

A native app has been built with the programming language that it is intended to run on. These apps typically provide a more natural and immersive experience for the user. It’s important to note, however, that many of these apps are not updated when operating systems are updated by developers. Therefore, it’s always a good idea to check your mobile device manufacturer’s website for any updates before downloading any new applications.

What is a hybrid app?

A hybrid app is a combination of web code and native code. The web code is created by developers and functions as the brain for the app, but are executed on the smartphone via an in-built browser. The advantages to using this type of app are that it’s more accessible to users who don’t have smartphones because they work on all platforms and it doesn’t require installation of additional apps. The disadvantages to this type of app are that some features may not work as well or there may be performance issues.

Common Benefits of both types of apps

Both types of apps come with their share of benefits and drawbacks. In general, most people find that native applications provide the best user experience, but are more difficult to develop and support. If you’re looking for a product that can be scaled or customized without much development effort, a hybrid app is your better option.

The downside of this type of application is that it often doesn’t have as great an interface as one would expect from a native application. On the other hand, native apps are generally not able to scale or customize easily. Require large amounts of coding which can take up considerable time and money in order to create. With that said, native apps offer some pretty incredible features such as live data updates and notifications. With so many things to consider when deciding between a hybrid or native app, what’s important is figuring out which works best for your needs.

Native apps are most using a mobile device’s programming language, with no need for online conversion. This makes native app development much more quick and efficient. To an extent, this also applies to hybrid apps in that the developer does not have to spend time developing both a web and app version of the program.

The disadvantage is that hybrid apps do not give the user the same full-screen experience as a native app. Users can’t take advantage of features like multi-touch zoom or pinch zoom.

The lack of hardware access means developers can’t create games or other programs that depend on physical input from the device.

A hybrid app is an app that features are same in Android or iOS app. These apps combine the ease of development and deployment associated with web apps with the high performance associated with native apps. A mobile website will take longer to load than a hybrid application, but some mobile browsers are able to run HTML5 code more efficiently than when a user visits a webpage via desktop browser.

A hybrid application can be develop using only one programming language. If you’re building an app for both Apple and Android devices, you would need to learn Objective-C for Apple devices as well as Java for Android devices. With a hybrid application, you could use Javascript on all platforms which makes it easier for developers who know other languages such as Ruby on Rails or Python. You also have less requirements in terms of ongoing maintenance because updates require fewer steps because there is no need to create different versions of the same software.

Disadvantages in both development methods

Hybrid apps are built with web technologies like HTML, CSS, and JavaScript. These tools can be applied to every device that runs on a browser including iOS and Android devices. The advantage of this development method is cost effectiveness. There is no need to invest in developing separate programs for different operating systems.

Plus it’s easy to distribute updates because they are coded with web technology and will update across all devices once the app receives new updates in the app store. However, there are disadvantages as well: It takes more time to develop hybrid apps than native ones. Additionally, hybrid apps may not perform as well as native ones.

Which type to choose?

A hybrid app will work on multiple platforms (e.g. iOS and Android) and can be a solution for companies with limited resources or time because it is quicker to develop than a native app. The experience may not be as rich and engaging as a native app on one platform. A native app will only work on one platform at a time, so if you are making an iOS-only game, then you should use Apple’s development tools. However, the experience of a native app might be better than that of a hybrid app.

Common Mistakes to Avoid When Choosing Your App Development Company

Choosing the right app development company is critical to your business success. To make sure you are making the best decision, you should consider the following five points: 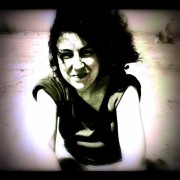 How To Be The Best Out Of Your Samsung Galaxy A20

The Best Display Black Pack For Your Samsung Galaxy Note

What do Gamification development company do in recruitment?

How to Choose the Best Website Design Company for You

How to Open VCF File in Excel 2010? Complete Guide